What do you carry? - The mega thread

Working in the field:
Radio on a strap. TQ in a holder on the strap. Pager. Phone. Narc keys. Raptor. Knife in a pocket. Wallet.

I keep a bag in the truck with snacks, stethoscope, iPad, P100, work gloves, beanie and other essentials. 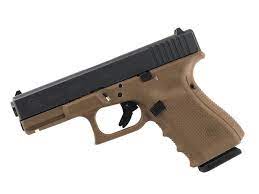 You can actually add a Sig P365 and a spare mag for when I’m off duty.

Stay strapped or get clapped yo.
WD40 to make it go, duct tape to make it stop.

If a law is unjust, a man is not only right to disobey it, he is obligated to do so. -Thomas Jefferson
M

Funny, I was going to answer "Glock" to the question about what I carry. I see I'm not the only one.

Gloves and stethoscope in a pocket unless the scope is on the dash.

DrParasite said:
Do you do the same job at private transport vs volley 911? if not, why do you carry the same equipment?

When I was on the volley truck back in the day, I carried much of the same stuff you did (and then some). when I was doing transport, I think all I carried was a pen, sunglasses, and a watch.

For full disclosure, this is what I used to carry when I worked full time on the ambulance:

What do you carry? - The mega thread

Wallet, cellphone, keys, Chapstick, gloves, a knife, a pager, radio, and then a PPE pouch that is required by the company.
emtlife.com

and this is what I bring with me to 24hr shifts.

Same level of certification at both jobs at the transport company we do mainly inter facility and hospital to home transports however we do also do emergency transports for a few nursing homes and dialysis centers.

These days, only things I deem pertinent to the tasks at hand and that don’t weigh my flight suit down anymore than it needs to be.

For the (rare) ambulance shift, most of the stuff is in my backpack, so nothing new there. No “whacker belts”, no gizmos for cutting people out of situations fire is trained better to than I.

Other than that mostly an odd sense of humor and thick enough skin to not get sucked into a rabbit hole of hurt feels and drama, but I digress...
I’d rather a handful of lightning than a mouthful of thunder.

Just recently stopped with the belt pouches (for gloves & for a flashlight). Found they were annoying in small spaces.

Now it's just 2 pens, 2 pairs of gloves, a penlight, and a stethoscope (more of an affectation than anything -- much as I try to get lung sounds on everybody) in pants pockets or fleece vest pocket.
Good EMS systems are all alike; every bad EMS system is bad in its own way. - Leo Tolstoy, NREMT

So I recently got a multitool (SOG brand) and a pair of the Leatherman Raptor shears that I added. I keep those on my belt, plus a pocket knife, my phone, a pen, and maybe my wallet if I remember to grab it before we go shopping (otherwise I don't need/want it in my pocket, and likewise keep my keys at the station).

The pocket knife is slightly redundant now with the other two tools, so I'm considering leaving it off, but everytime we get Station supplies in, it's faster/easier reaching for that vs the knife on my multitool to open the boxes. And I have used some bits from the multitool, and the shears, on calls, so those are staying, so we'll see. But for now those three are staying.

I used to keep the multitool and shears in my turnouts, then we had a couple calls where I wished I had one while on a medical in my regular station blues we wear for regular calls. I do have a few more tools in my turnouts though.

But yeah, for now, those two on my belt, pocket knife one pocket, cell phone other pocket, pen on my shirt, maybe my wallet, and that's it regularly.

Jim37F said:
I used to keep the multitool and shears in my turnouts, then we had a couple calls where I wished I had one while on a medical in my regular station blues we wear for regular calls. I do have a few more tools in my turnouts though.
Click to expand...

You guys don't keep sheers in your EMS bags?
WD40 to make it go, duct tape to make it stop.

If a law is unjust, a man is not only right to disobey it, he is obligated to do so. -Thomas Jefferson
E

I always bring the following items.