I just got home. Test stopped at 70. Last question was confusing, and I think I got it wrong.

Wait until you get your results. I was absolutely positive that I failed. I walked out, called my wife and told her I failed. :sad: The results said otherwise.
"It is necessary for you to learn from others' mistakes. You will not live long enough to make them all yourself." Hyman G. Rickover
OP
OP
I

Thanks. I am trying to stay positive, but I know I got the last question wrong, which, as I understand it, is kind of the deciding one.

I got a ton of RIDICULOUS questions!
S

IcantThinkofAname said:
Thanks. I am trying to stay positive, but I know I got the last question wrong, which, as I understand it, is kind of the deciding one.
Click to expand...

Did you research your last question after the test, to come to that conclusion?

I got a ton of RIDICULOUS questions!
Click to expand...

That could be a good thing. When I took it, I knew I was doing well by the type of questions I was getting. If you are being asked "what is your favorite color of ambulance" on the other hand, you know you are sucking.

The test is designed so that you are only able to get a certain percentage correct. There is no way to score 100%, so it will feel a lot different to all those scantron exams of the past.

Was this Basic, Intermediate, or Medic?

Be positive. Wost case scenario - you take it again.

It was the Basic test.

The last question seems to be a popular one...about the preferred method of compressions on an infant - thumbs or 2-finger method. I answered incorrectly, according to my book and multiple resources.

So yeah, I'm trying to be hopeful, but I know I got a few of them incorrect and with that small a number of questions, I just don't think I eeked out enough right ones to pass that quickly.

But like you said, I can retest in 2 weeks!
OP
OP
I

Well, hm. This is interesting. I just found this post and he put the same answer as me and passed...so maybe there IS hope!

Well good luck nevertheless, and I had a similar thought this week about how well I did. If you don't pass, just start focusing on the subjects you did weakest or most baffled.
S

IcantThinkofAname said:
Well, hm. This is interesting. I just found this post and he put the same answer as me and passed...so maybe there IS hope! 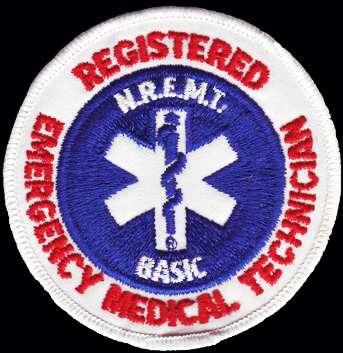 LOL...can I just download that and pin it on my shirt? :lol:

One more day to go!

isn't thumbs the preferred method? Anyhow mine was tough to, I got a question about how to calculate minute volume. It is in the basic book but mentioned once. Mine stopped in the 70's to and I passed.
NREMT-Paramedic
OP
OP
I

Yes, thumbs is the preferred method, at least that's what it says in my book. But in the link I put above, the guy put down 2 fingers and still passed, so maybe the theory that the last answer has to be right to pass is incorrect?

The only other weird thing in the question was that one method was used on the "lower sternum" and the other was on the "upper sternum" so that kind of threw me off. What divides the upper and lower sternum? To me, the nipple line, or immediately below, is the upper sternum and that was the one associated with the 2 fingers method so that's why I chose that answer.
B

IcantThinkofAname said:
Interesting. I wonder if it's changed since the 2005 standards? I do remember my instructors showing both the 2 finger and the 2 thumb encircling method. My book (Prentice Hall, 10th edition EMS book), it says that it depends on the size of the infant, but that the 2 thumb encircling method is the preferred
Click to expand...

It hasn't changed since 2005. Two thumbs for HCPs is the preferred method when you have two rescuers.

I remember taking the NREMT, I went into the testing site (with all the security you'd think it was to get in to see the president!) there were a bunch of other people there, all taking tests for something or another (my testing site did a whoooole bunch. MA tests, NCLEX, Real Estate!). I sat down at my computer, started the test. When I got to the "The test is now over" part, I hadn't been in there for thirty minutes, and everyone else was still doing whatever they were doing. I was nearly crying in my chair. I thought I had just failed soooo badly there was no hope of passing and it shut off. So after getting all my IDs and stuff back, I ran down to my car, cried my eyes out, and on the drive home convinced myself why I had failed. I went over every question and talked myself into why the other answers were right and the one I chose was wrong.

So, my point is, the test is designed where you could talk yourself into thinknig you failed based on the "Two right answers, but one is more right than the other" mumbo jumbo. So don't give up hope, keep checking. Let us know.

And if you did by chance fail, chin up, love. That just means you study a little more and retake the test! :]
Never try to teach a pig to sing; it wastes your time and it annoys the pig.
-Robert Heinlein


Never take a test on a weekend or before a weekend


Waiting is a killer

I was totally convince and even myself got me thinking i failed once the test stop. The minute i got home i even took out my book and started studying again thinking i failed and preparing to study already for the next test.

If you didn't get the results yet, just think about how you're going to study for the next test and prepare yourself. Everybody wants to pass but once they do its all good times. Keep your head up man, and good luck
B

just a quick question on thursday i am taking my final in class after that i will beable to take th n/r providing i pass the final a little nervouse but I am carring a high B.I am sure it has been discussed elswhere but I am here. I was just wondering is the n/r timed or does it just go by the number of questions that you get right? thanx.
Take life one day at a time,eventually it will all fall into place.

csly27 said:
just a quick question on thursday i am taking my final in class after that i will beable to take th n/r providing i pass the final a little nervouse but I am carring a high B.I am sure it has been discussed elswhere but I am here. I was just wondering is the n/r timed or does it just go by the number of questions that you get right? thanx.
Click to expand...

The time is just how long you have for the whole test.
The test # is random, depending on how you do it can go high or low.
I remember someone saying "the more you answer correctly, the more harder it gets" And vice versa. From what i've read, many stopped at 70's, few in the 50-60's and few in the 120's. Its all random on how you do.

Having a B in class doesn't mean nothing in the NREMT. Study all the topics even that weren't covered in your class cause the NREMT questions are random and there were few question i was completely clueless on. Good luck
You must log in or register to reply here.
Share:
Facebook Twitter Reddit Pinterest Tumblr WhatsApp Email Share Link
Top