Which means I need to hurry up and wife someone before the looks fade (can def break stuff, building stuff on the other hand...

The little woman keeps telling me that I’m a handsome devil, but I still like having plan B. And hey, I can break stuff too !
O

I think in the pic where she's on the phone that she is placing an order for a larger tv. Nice job, btw.

Wish I could make things like that. Awesome job man!
WD40 to make it go, duct tape to make it stop.
G

NRP E-sims completed for another cycle.

This class is not my strong suit
Q 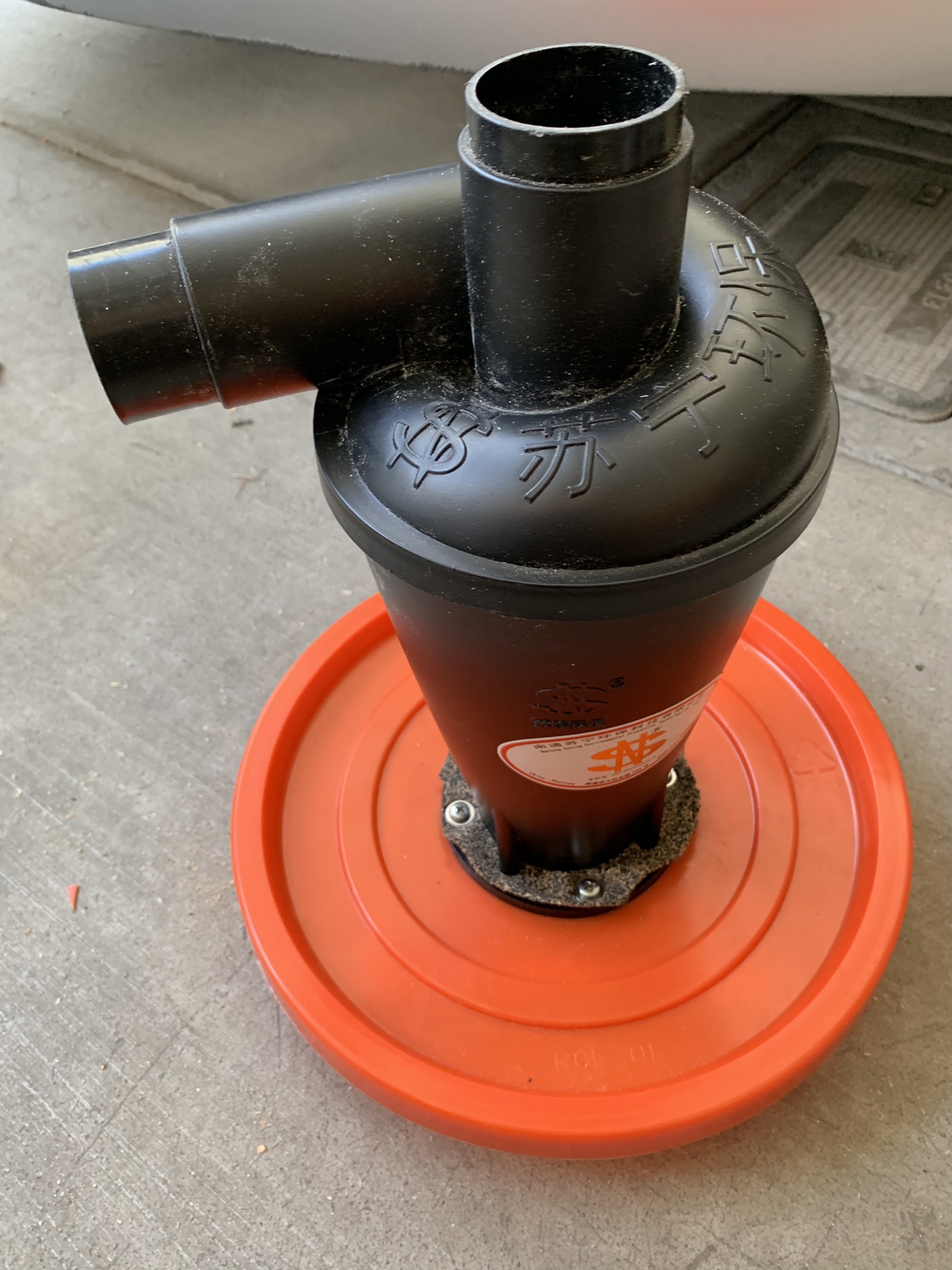 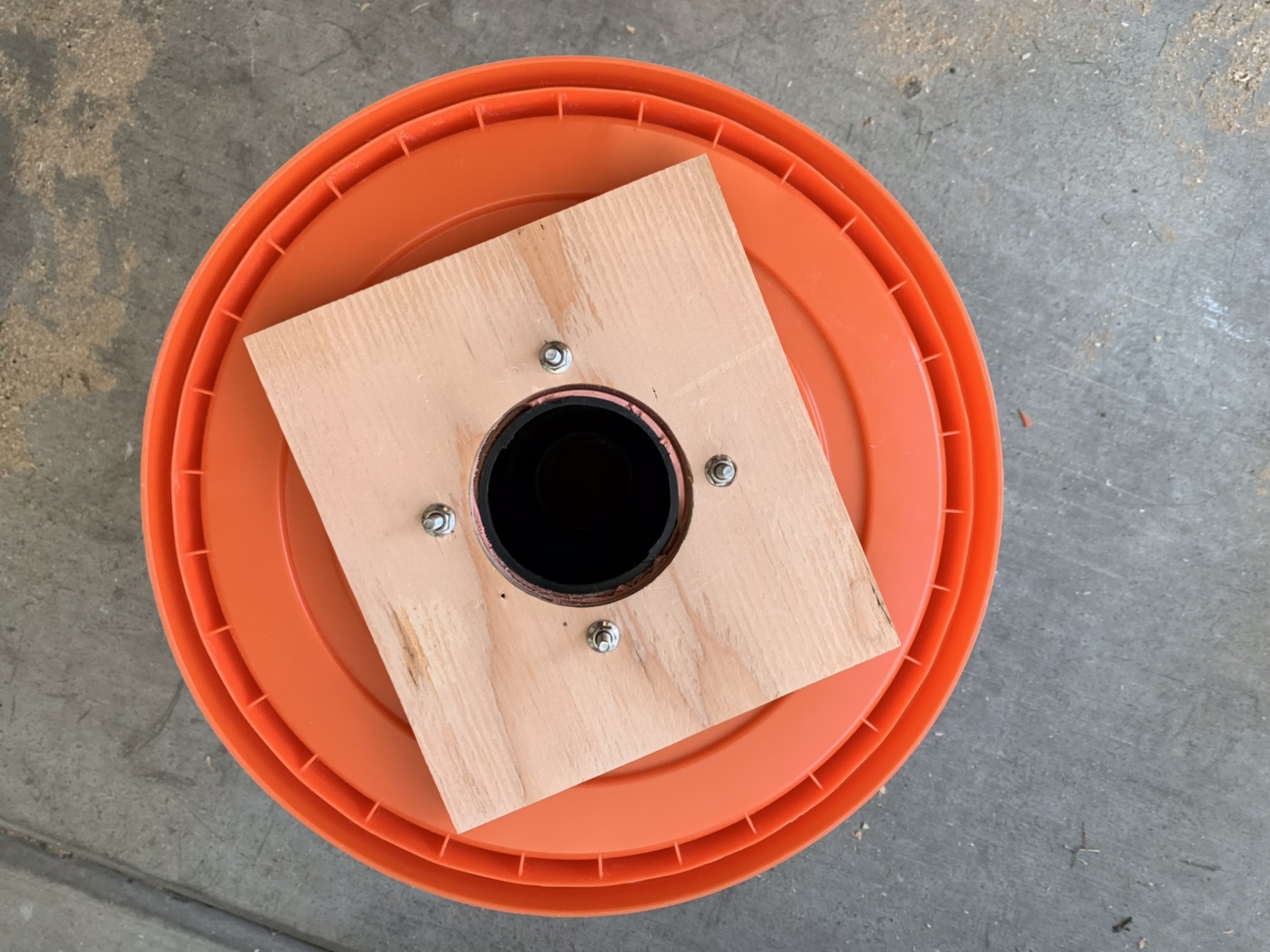 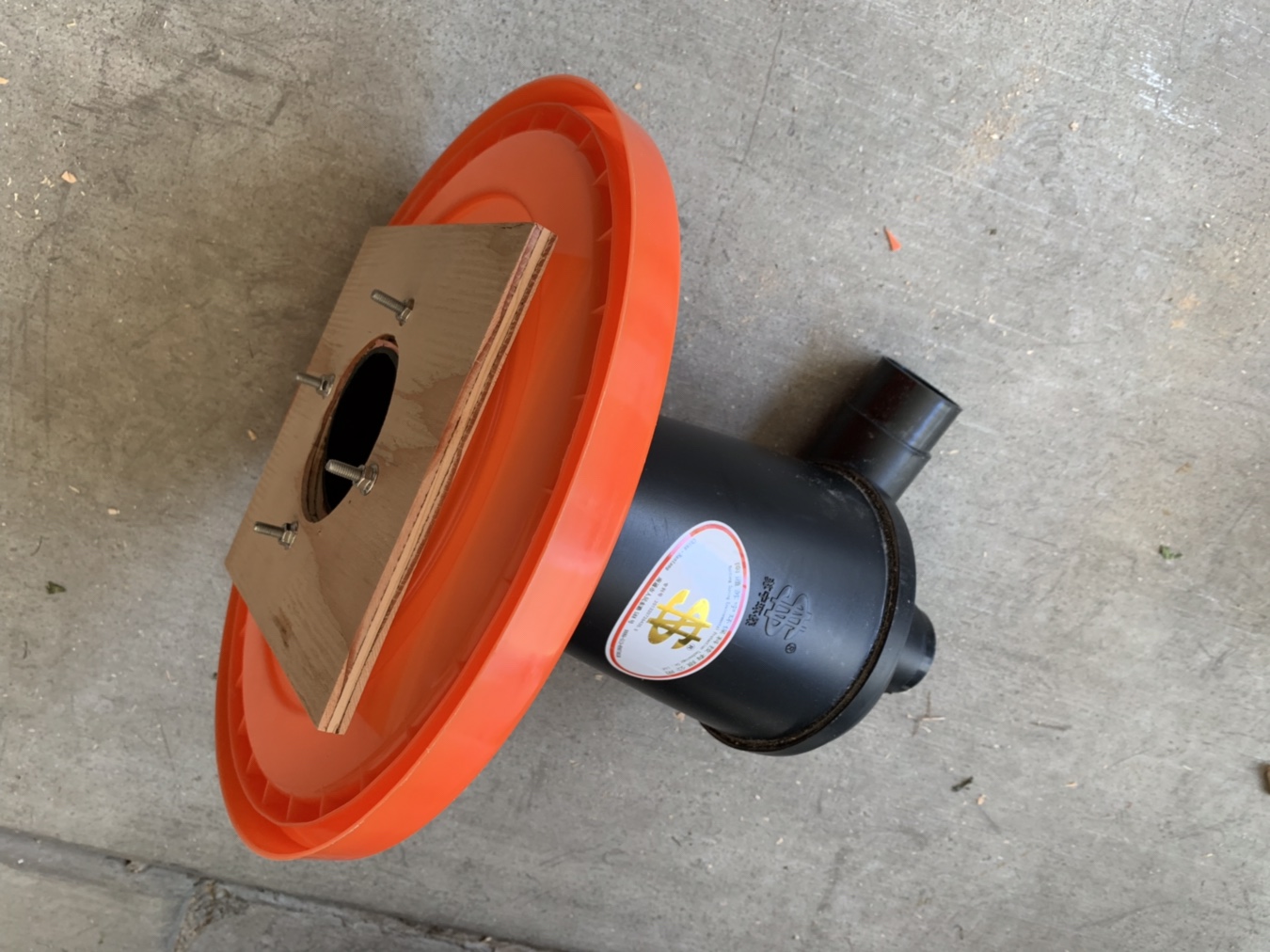 [rant]Why people buy a Chinese product for 1/2 the price of one made in US and expect it to be a perfect drop-in fit ? Isn’t it obvious that, unless stated otherwise, it’ll be a) Metric and b) barebone ? And then they keep ragging on it in reviews because they can’t tell sh*t from Shinola, or don’t know how to tune it up.

Just finished installing a Cyclone dust collector for the shop. The US made Dust Deputy sells for $55 barebone, about $120 for a whole system. I ended up buying a Chinese knockoff for $29, paid $11 for additional supplies (collection bucket, gasket kit, longer screws etc) and ended up with exactly the same thing for a 1/3 of the price.

What is wrong with people these days...[/rant]
9

(also deleted fb and all other social media, so my fingers need something else to click on whenever I open my phone, so figured I'd see how the site was doing).
Good to see some of the old names still. Cal, grats on the house sir! Hope you enjoy it here!

Good to see you back here, 9D4. Hopefully life takes you in a wonderful direction and occasionally leads you to check in on us every so often. Oh, and life is what happens when you're busy making other plans...
My Education:
B.S. Sports Medicine
Paramedic
RN/ADN
School of Hard Knocks
Parent

From a Friend:
"You can't really help someone who is very hurt, scared, or angry."
9

Akulahawk said:
Good to see you back here, 9D4. Hopefully life takes you in a wonderful direction and occasionally leads you to check in on us every so often. Oh, and life is what happens when you're busy making other plans...
Click to expand...

Hopefully!
Busy, busy though. I'd like to say I'm killin it right now, but I think it's more the vice versa lol. Full time student, part time work, got involved with some clubs at school, still trying to volunteer and plan a wedding (guess it's been a hot minute, since I've been on here, got engaged about 7 months ago).
It's really nice to be back though. It's nice to see intelligent conversation in these threads. FB just made me facepalm all the time, ha.
Also super nice to be going back to school; couldn't ever fill out the FAFSA prior (dad wouldn't sign any of it), so couldn't ever go back to school until I aged out. I truly missed school. Full time cellular and molecular biology student now, double minoring in psych and chem; plus associates of biotechnology engineering and emergency operations and management.
Nearly about to finish my prereqs up and officially got accepted into the cell and molec program starting fall 2020. I still have another year of prerequisites so I'm not upset about that; program needs a total of around 60 credit hours of prereqs, a lot of my medic ones didn't transfer and have to retake, so I suppose nearly done is subjective.
Intention is to get my GPA up a bit more (sitting at a 3.7 right now) and kill those mcats when the day comes

Edit: I also know there's a few people that are aware of the process and know that minors don't make an impact on admissions; those are just for my benefit. Things that interest me that I wanted a few higher level courses in.
9

sorry. Hope everything is going well with you as well and I do appreciate the kind words!
I'm sure once I'm further in the program, I'll be on here more. Spend 2 years of the program on a research project and I'd like to cross into EMS somehow with it.

That’s a lot more schooling than I ever wanted to ponder lol
My views are mine and mine alone, not representative of my employer(s) or anyone else.
9

RocketMedic said:
That’s a lot more schooling than I ever wanted to ponder lol
Click to expand...

It's truly not that bad. I was nearly finished with my emergency ops degree anyways, so just added a class for that. The biotech degree is built into it already, so no extra coursework.
The program is highly chem intensive, so that minor is nearly built into it (just had to add ochem, which I need anyways). So I'm still just doing a standard 12 credit hour semester, 6 credit hour summer degree plan. The only thing I added is the psych classes and some calc/ physics.
However, my research project is only 1 credit hour, but they expect 10-15 hours a week in the lab for it. Same thing with my internships, 3 semesters at TGEN (translational genetics research institute); realistically I'll be there for 10 hours a week plus, but it's only one credit hour of coursework. Kinda silly, but it is what it is. Other than that, it's really just a basic 4 year schedule, just with summer terms.
I'm taking a lot of the classes I need for psych for example while doing my prereqs. My prereqs left me at a 11 credit hour semester, so I went ahead and bumped them up to 16-18 just to get some future coursework done, so I don't have to worry about it while taking the 400 level bio classes. This summer term is 8. So I've basically been maxing out my semesters, but it got me a scholarship, so hey. As long as I maintain my 3.5 or higher, I have a 80% tuition waiver when I go into the program. Between that and the Pell Grant, I'm actually getting paid 900 a semester to go to school.
I've just been trying to figure out volunteer hours/ shadowing more than anything. Been volunteering for the crisis text line, but I'd rather have face to face volly hours.
Edit: also, I'm gonna stop overloading the thread

my bad. Just an excitable subject for me. I love school, truly. I don't mean to take away from the directionless, though.
It's kinda funny how many names I'm seeing that I still recognize. Glad to see there's still people encouraging and providing good info to newbie medics and the community in general (just got done with a bunch of als threads. Interesting to see how much I remembered even though I haven't worked as a medic in about a year and a half)
G

Came out to the garage to find a tripped breaker and both chest freezers thawed, including a majority of the contents. Parts of 2 deer, half a wild hog, and a bunch of fish totalling 100#. Probably another 50# of random store bought items.

GMCmedic said:
Came out to the garage to find a tripped breaker and both chest freezers thawed, including a majority of the contents. Parts of 2 deer, half a wild hog, and a bunch of fish totalling 100#. Probably another 50# of random store bought items.

From a Friend:
"You can't really help someone who is very hurt, scared, or angry."

GMCmedic said:
Came out to the garage to find a tripped breaker and both chest freezers thawed, including a majority of the contents. Parts of 2 deer, half a wild hog, and a bunch of fish totalling 100#. Probably another 50# of random store bought items.

Managed to cook some, saved some from the bottom of the smaller freezer. All of the wild game went to good homes, store bought food went to the trash(most of it was saturated with blood)
E

Virgil said:
Anyone know about AMR Parental leave? Our first born is due later this year and I'm curious if and how much time they might give me off to help out around the house.
Click to expand...

We get I think 6 weeks. Califorinia EDD pays 4 weeks @ 80% gross with no waiting period. Might be 6 weeks, but I'm not sure, I only took 30 days because if it's longer you have to take the PAT again.
The views and opinions express here are soley mine and do not represent views or opinions of my employer.
S

Trialing igels...getting a couple Hamilton T1's...heard something about hemostatic agents on sup trucks... Getting 10 McGraths that will actually allow us to keep them on ambulances now are coming in. Got a few clinical things I'm working on pushing. First time in two years here I am even remotely excited about some changes. Doesn't negate the constant breakdown in communication and other problems, but this is a start.

And that's why you became a firefighter
The views and opinions express here are soley mine and do not represent views or opinions of my employer.