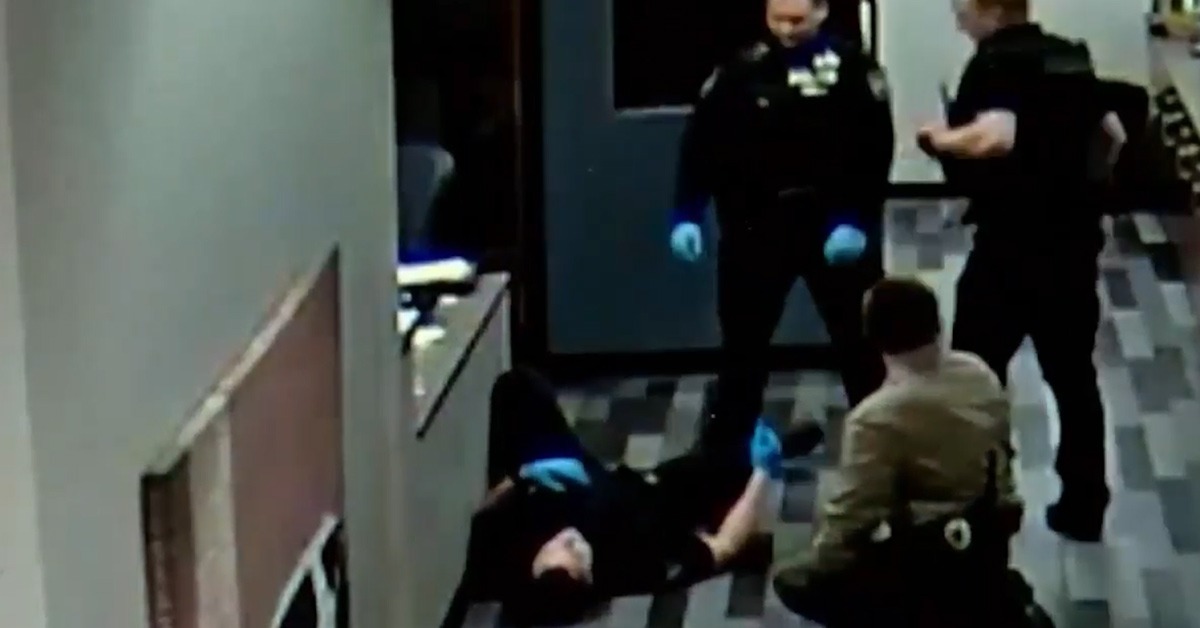 A Bartlesville police officer collapsed after he was exposed to fentanyl while logging evidence after a traffic stop.
defensemaven.io

Police recovered a substantial amount of methamphetamine during the traffic stop and the officer was packaging it up and logging it into evidence when he began to feel woozy.

“He had become ill, light-headed, basically passed out and fell over," Bartlesville Police Sergeant Jim Warring told KTUL.
Surveillance video from inside the police station showed the officer standing at a table full of evidence wearing gloves as he handled packages.

He appeared to be chatting with someone else on the other side of a counter.

Then suddenly, the officer turned and braced himself between the counter and the table with his arms.

Seconds later, the video showed he collapsed to the floor.

Just as he was falling, other officers raced into the room to assist him.

"I don't know what would have happened had they not acted so quickly," Sgt. Warring told KTUL.

The sergeant said officers quickly administered Narcan to the unconscious officer, and most likely saved his life when they did so.

Officials believe the methamphetamine taken into evidence was laced with fentanyl, and exposure to that opioid caused the officer to collapse, KTUL reported.

"That was the first time we've had to use Narcan on one of our own," Sgt. Warring said. "We're really fortunate that we had it available and that our officers really paid attention to the training."

He said that incidents like the officer’s exposure to fentanyl highlight the dangers for first responders of dealing with the prevalent opioid drugs.
The opinion presented by me are mine and mine alone. They do not represent my employer, nor am I speaking on behalf of any city, county, state, or nation that I have ever lived in, worked for, or driven through, during my lifetime. I know some people don't always understand this, so hopefully this clears up any confusion.
J

So if this is true (I can't watch the video at work, so I haven't seen it); why or how didn't it do the same thing to the drug dealers that had it before and the users? How did the officer go down from exposure, but not those that had it before?
I know the people that cook meth are usually masked, but the dealers aren't and the buyers/users aren't why aren't they all dead?

I’m SURE it’s because he overreacted and panicked etc etc etc...you know, because all the fentanyl hype and exposures is BS...right?

that he was handling evidence and that he collapsed doesn't establish a relationship. A urine tox screen would at least shed some light and be really useful for LE all over the country, but I doubt thats forthcoming.
OP

Look at some of the comments, as well as what other members of his department said.....

I am pretty sure it's because he over reacted and panicked, as @CCCSD said.... but I'd love to see the tox screen of both him and the second officer who was transported by EMS because of this issue.
The opinion presented by me are mine and mine alone. They do not represent my employer, nor am I speaking on behalf of any city, county, state, or nation that I have ever lived in, worked for, or driven through, during my lifetime. I know some people don't always understand this, so hopefully this clears up any confusion.
You must log in or register to reply here.
Share:
Facebook Twitter Reddit Pinterest Tumblr WhatsApp Email Link
Top