For the city folks, this is going to be far into fantasy land. For those who spent a few years on farms it's been there, done that.
One way to while away my retirement years.

Couple of KM down the road from our house, I glanced up a dirt road. Man sitting on the ground. Didn't look right. I stop and check on him. Very elderly frail chap, arms wrapped around his stomach, hunched over in pain. I try to do some assessment. And great; he speaks Lanna. What little Thai I know is useless. Five minutes of gesturing and gesticulation, hoping he speaks a little Thai. He has me help get him on his feet. Hunched, can barely walk. I maneuver him and get him seated in my truck. He kept gesturing and tried to get back out. Dumb luck I saw the brush and bushes in an overgrown field move and some white. Calm the guy down and go check it out. Well in the thick overgrowth and here came the goat. Full on charging me. About 14 on the 1 to 10 belligerent scale.

The job is simple. Grab a horn, deflect him, get to his side and lean your weight on him. No prob. Except this billy is BIG, and I'm nursing a hernia. I backed out, dodging another couple of charges. I went to my truck, he went back to mowing. Check on the man and get the rope out of my truck. I'm pretty sure this is the same goat I had a fandango with a few years back. Took him sight seeing, dragged along behind my jeep.

So okay. I'm getting the picture. My guess was the guys goat got out, he went to get it, and got a good solid butt. Might have bust cartilage or maybe even a rib or two. The problem is he's a farmer. They won't admit to being sick or injured until about three weeks dead and buried. I reassure him then go for take 2. Not that big a deal, he wants to get up close and personal big time. Looped the horns then left him to it and went back to my truck. Tied off the rope then slowly dragged him out. Drove on out to the mans... I'll be gracious, shack. Much reassurance with gestures, I'll deal with the goat, you just sit.

Back to the goat. It had been busy and had chewed about half way through the rope. Using my truck and some ingenuity I got him dragged into the back yard. Scorched earth. bare dirt circle. No wonder it wanted out. A whole lot of wrangling and maneuvering I got him tied to an old stump. Bits and pieces of chewed rope were here and there. Jail break pro goat. Quadrupled my rope, again reassured the guy then off to the hardware store.

My plan was simple. Just buy a few meters of light chain for the guy. But Thai hardware stores are weird. In most of them you can find the hardware to make just about any repair on a rice harvester but go looking for a couple of pounds of 16d nails... not a chance. They had some chain. Good for light logging or mooring a long line fishing boat at $1.50 a meter. Hrrrm. Then in the back, in the dark... never any lights on in those stores, was a large cluster**** of ~3/16 steel cable. A wad. How much? Nobody knew. Probably was there when the new owners took over the store a few years back. I pulled out 300 baht of bills, about $10 and waved it and the wad was mine. A roll of wire and a pair of pliers and I was up to $12 invested. My plan had improved. Off to a seed and feed store a couple of km off for a chain dog leash and collar.

Check on the guy again, offer more reassurance. Snarl at the goat. Took me a good 20 minutes to unsnarl the cable. Figured I had close to 50 meters. I snaffled a post holding up the corner of his abode, tied it off with wire - good luck finding cable clamps anywhere north of Bangkok, and strung it to a tree way in the brush and bushes behind his property about 7 feet up. Used my truck to pull it tight. Attached the leash, put the collar on without getting butted too much and there you go, a-hole. Over a hundred foot run.

Stopped by the market and blew another five dollars buying the guy some precooked meals and a bag of ice for them. Just walked in and set everything on a table and left without even making eye contact. They hate charity.
I'll go back and check on the guy tomorrow. Bring my neighbor who speaks Lanna. Maybe suggest the next time it gets out to just whack and eat the blasted thing.
People who stand up to be counted make the best targets.

Never bite off more than you can weld back together before the next shift comes on. ​ 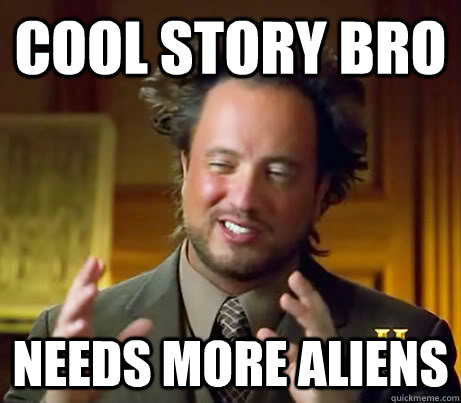 The opinion presented by me are mine and mine alone. They do not represent my employer, nor am I speaking on behalf of any city, county, state, or nation that I have ever lived in, worked for, or driven through, during my lifetime. I know some people don't always understand this, so hopefully this clears up any confusion.
OP
OP

Took my neighbor down to the man's place. I've been outed from the entire affair and was asked to leave, which is good. A farang, foreigner, having to step in when the local community had let the guy down. Amphur office, government has stepped in. My neighbor will try to give me updates.
People who stand up to be counted make the best targets.

Never bite off more than you can weld back together before the next shift comes on. ​

So you claim to have saved the guys life, and when you came by the following week to check on the guy, you were told to GTFO, and you are proud of it? The opinion presented by me are mine and mine alone. They do not represent my employer, nor am I speaking on behalf of any city, county, state, or nation that I have ever lived in, worked for, or driven through, during my lifetime. I know some people don't always understand this, so hopefully this clears up any confusion.
OP
OP

DrParasite said:
So you claim to have saved the guys life,
Click to expand...

Saved his life? Strange exaggeration. I've taken busted ribs three times, fortunately not displaced, and somehow survived. (A pretty common occurrence when wrangling feisty horses. A hoof taken amidships does wonders for reminding you the be light and fast on your feet.) My greatest concern was his age and frailty and being unable to cough for 2-3 weeks. Pneumonia always a concern.

Anyway, culture enters into the scenario. Agrarian society. Outside the city people are extremely community oriented. This chap had slipped through the cracks. Pretty grubby and had let himself go, subsequently getting ostracized and ignored. When I became involved the face game entered into things and they set aside their prejudices and stepped up.
People who stand up to be counted make the best targets.

Never bite off more than you can weld back together before the next shift comes on. ​
OP
OP

So they got a doc to swing by. Definitely bust some cartilage but no displacement as his best guess from what I gathered through some dubious translations. The guy adamantly refuses to go to the clinic or hospital - natch. He'll be hurting for certain for the better part of a month. Arrangements have been made for his necessities until he's back on his feet. And the goat hasn't got loose... yet.
People who stand up to be counted make the best targets.