Hi all, so our county is currently running another rfp and this is year 3 of 5 of a a recent provider change. In our current state the private ems company can't sustain the hemmorrage of money monthly so there's a demand for change. Our county and private provider is pushing for a sort of public utility model so that the gemt fund can be tapped into so that they can support this system. I was wondering to anyone else using the public utility model, how has it been ? Our moral and attitude is negative ever since this company came in. our turn over rate has been extremely high especially since it's fire hiring season. Did the work environment improved when your ems system went public utility or did it stay the same? any input and information regarding the public utility would be great thank you !

Are you in stations or SSM? Is there public interest in a PUM? Why can't your current provider "sustain service"?

The PUM is a Jack Stout creation, and is one of the leading causes of EMS provider burnout.
OP
G

We are SSM. The company under bid the previous company and the county made a ridiculous contract for our current provider and the company is paying the price. When you say public do you mean the people of the county ? Or just the bos management and work force? Our work force want third service and I totally believe that pum is just a loophole and does not provide any positive aspect for the work force .

You're right. It provides nothing for the employees. In fact, if you move from a private service that strictly bills for services to a true PUM, you'll likely see no changes in anything.

When I say the public, I mean the constituents. How do they feel about a monthly charge for a service they may never use?

Unless you've got a BIG budget surplus and a county government that really wants to be in the EMS business, I'd hazard that you're not going to see a third service. That would require the county to buy (or lease) and maintain a fleet, hire a staff, set up billing... And do all the other ten billion things it takes to run an EMS agency.
Last edited: May 9, 2015
OP
G

The public would probably not back it with a monthly service. Well that's what I think. Yea third service is ideal for the employees but it all comes down to money pretty much sadly
A

I feel like I am missing something with understanding what a public utility model is.

What is required to make it a public utility model service/system? From what I have researched in the past, it sounds like a fancy title that pretty much describes the system that most local (the creator of the thread works nearby me) ambulance services already uses.

I know that your system is heavily regulated by a government entity (the county), but it's day-to-day operations are managed by the private company that is contracted by the county.

You guys use a tiered response using the medical priority dispatching system (MPDS). I believe you guys send basic life support units to alpha level calls in a specific area (zone 2) only. I don't believe you utilize them for bravo level calls or calls with higher acuity per MPDS (even though it would still be following MPDS sending them to bravo level calls too). 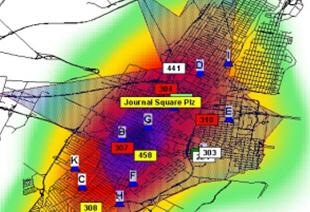 Your system does system status management via a program called MARVLIS (mobile area routing and vehicle location information system). It''s a program that predicts were future calls will be at based on previous calls. It'll create a topographical map displaying areas in different colors with each different color representing the probability of a call being in that area. This will look like a blob. Dispatchers will post units based on this blob, which is where the phrase "following the blob," comes from. The program will make recommendations on which unit will get to the call the quickest.

To me, it pretty much sounds like a public utility model system already. The only changes I can imagine is eliminating the basic life support units and making it so at least one paramedic attends the patient during transport on all calls. Maybe they have to officially announce that the county is the government entity that regulates the system?
Last edited: May 9, 2015

Yea it does pretty much, except the company cant handle the amount of money they are losing. If we go PUM, im guessing at this point, the county will bill the patients and then they pay the private company. the county also is able to get funding from the GEMT money if they design a PUM system. The bls units that currently run z2 alphas was suppose to also run bravos but there was some complications going on and they never advance that idea further. All this brings back to the main point of nothing changes and our workforce stays the same pretty much
A

All of this just sounds like nomenclature nonsense.
Last edited: May 9, 2015

We're a public utility model and we don't get any money from local governments. We use no tax subsidies and operate completely on billing for services rendered.

A PUM doesn't mean you get government money, all it means is that there's a "government" agency that is in charge of EMS and contracts a private service to provide the actual services. The way it's setup here we advertise that we're a 501c3 not-for-profit, which is true on the surface by way of the government agency however the underlying private company contracted by the government agency is for profit. It's a very convoluted system.

How it works here is the government agency owns all the equipment, buildings, ect. And the private contractor provides the people. My uniform says XXXXX but my paycheck says YYYY as far as company names.

Our morale is low, we have a high turnover rate, low (arguably critically low) staffing and high before the staffing issues. Add in the staffing problem and >0.75-0.80 UHUs are very normal.

thank you handsome robb for the info. Our current workforce is facing the same issue and mainly our management is just plain **** haha

To put it bluntly, a PUM is rearranging deck chairs in terminology. The only difference between a PUM and a contracted private service is an ostensible layer of bureaucracy.

The type of agency has nothing to do with morale. PPI in AlCo underbid the contract and is bleeding money because they wanted to bloody AMR and no one wants to really tell Alameda County the truth- their needs outweigh their budget. It's the same reason ATCEMS, EMSA, and Baltimore FD (to cherry-pick three) struggle to meet standards, compliance and budget. Crappy deployment schemes, turnover, etc- it's all a side effect of denial.
My views are mine and mine alone, not representative of my employer(s) or anyone else.

haha sounds like rural metro in santa clara
I battle Darwin using only a toothbrush!

Instructor of the alphabet soup
BLS/ACLS/PALS/PEPP/PHTLS/CEVO/MICP.........

" The structure of the PUM is such that approximately 10–20% of the EMS budget goes to administrative functions of the ambulance authority. While in most PUMs the ambulance authority is responsible for some costs (i.e., billing) previously footed by the ambulance contractor, the ambulance contractor still must have its own management structure. There is therefore considerable overlap in management between the ambulance authority and the ambulance contractor. When you compare a PUM to other forms of EMS, consider this. Equipment costs are the same, supply costs are the same, fuel costs are the same, benefit costs are the same and support costs are the same. But with a PUM, you have two levels of management.
The only other budget variable that can "give" to support the added management costs is employee salaries—all in a system that is supposed to save money. In many PUMs, employee salaries tend to be lower than in other types of EMS operations. Thus, PUMs must either increase their salaries (through subsidy increases, subscriptions) or simply depend on an itinerant work force that will work for less. That is, they rely on a constant supply of young EMTs and paramedics looking for experience. So employee turnover rates tend to be high, with personnel eventually abandoning the PUM for more traditional EMS models with higher pay.
There are advantages and disadvantages to PUMs. They were a creature of the 1980s, and healthcare in general—and prehospital care in particular—has changed drastically since that time. Unfortunately, cities that bought into the PUMs are now stuck with a legal governmental entity (the ambulance authority) that continues to grow and demand more revenue. For example, the Pinellas County EMS budget has increased 23% from the year 2000, while payments to Sunstar have only increased by 20%.8 City and county administrators wishing to dismantle their PUMs might first take some lessons from Buffy the Vampire Slayer—for the task would be daunting." -Dr. Bledsoe
My views are mine and mine alone, not representative of my employer(s) or anyone else.
OP
G

man thats some nice info on PUM. I can see the whole thing about work force working for less. Alot of our senior EMT/Paramedics pre-transition have left for better opportunities and then that leaves us with a whole lot of new medics and EMTS making less. We currently have two tier pay scales. Alot of our new medics/EMT are making about 2 dollars less compared to the tier 1 pay scale and has caused alot of drama and distance between us. Its my understanding that if our contractor leaves early the county is entitled to every single equipment that the contractor has for 1 dollar each until the county can afford new equipment.
You must log in or register to reply here.
Share:
Facebook Twitter Reddit Pinterest Tumblr WhatsApp Email Link
Top