I didn't see this post in the search, do forgive me if it's been done before.

cute doggies!
My chocolate lab, Moose, passed away in March I cant make the picture load-oh well.
Last edited by a moderator: Oct 19, 2011

We have two Aussies. The first one is Glory, and the second one is Epi. 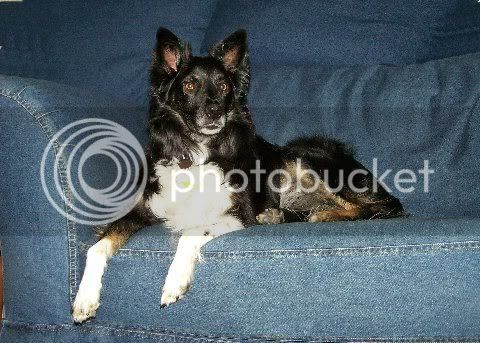 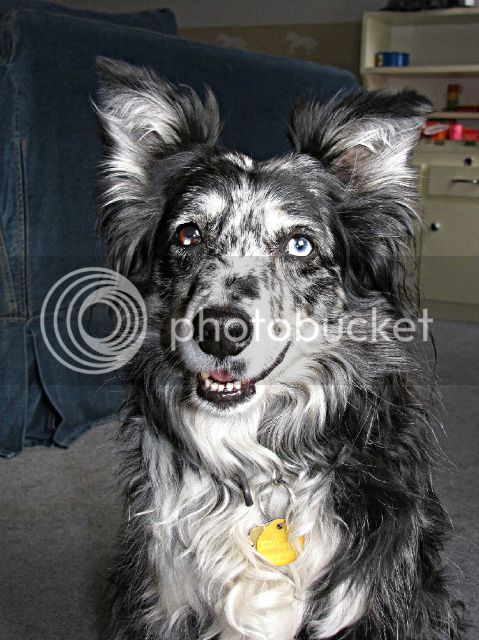 Great pictures. I had an Aussie for years. He's 15 years old now, and still lives with my ex in Charlotte.

This was the predecessor sort of

Since it is so old, many of the picture links are dead and many responders are gone. Press onwards!

Currently, I "have" a pretty little Chihuahua-mix, and a tricolor small beagle, both animal shelter graduates. They get along with our 11 year old Himalayan cat, and our most-recent adoptee from the County shelter, a mixed-Siamese named Zaboomafoo ("Zoomie" to her friends) who brings dead field "mice", rats, house mice, and voles in for me to dress and cook for her (NOT).
"Let's use the word "I" instead of "You" or "They". Okay?
(and "PLEASE", Mycrofft! <_<)

My Siberian Husky and his little friend.

I don't have dogs, I have furry children
Last edited by a moderator: Oct 19, 2011
Never try to teach a pig to sing; it wastes your time and it annoys the pig.
-Robert Heinlein

Especially if you saw what percentage of the bed I wind up with versus my 20 inch long, eight pound curly tailed little varmint.
"Let's use the word "I" instead of "You" or "They". Okay?
(and "PLEASE", Mycrofft! <_<)

Asystole is a symptom or syndrome. It will not be corrected by CPR if it is due to infarct, trauma, or poison. CPR buys your patient time to defintive care.
OP
OP

Sasha said:
I don't have dogs, I have furry children
Click to expand...

Agreed. Maddie is a fur person, afforded all rights and considerations of a regular citizen.
T

This is Kipper. She was dropped off, for some reason, at the Reptile Rescue League in a nearby city. The vet thinks she is pitbull/whippet. I never have her on a leash and she doesn't bark.. ..much.. lol

She's got some scars on her nose, neck, and legs, which makes the vet think Kip was a bait dog for dog fighting.

I don't have dogs, since I'm not allowed to have dogs and cats where I live. I am however, allowed to have small, caged pets. So here are my fur-kids. Clean, quiet, litter-box trained, and very affectionate rats.

Jake and Josh were pet-store rats, and named after a pair of deckhands from the Cornelia Marie crab fishing boat.
Peter was adopted from a family who was looking to re-home him due to the child getting 'bored' of him.
Arabella was adopted from a rat rescue that I've adopted several from in the past. She was named after the pirate due to her 'eye patch' and her tendency to dig for buried treasure between the couch cushions.

And yes, I've had them all spayed and neutered.

This thread makes me miss my old cocker/springer spaniel, Oreo that I had to leave with my parents when I moved. I don't think I have a picture of her though 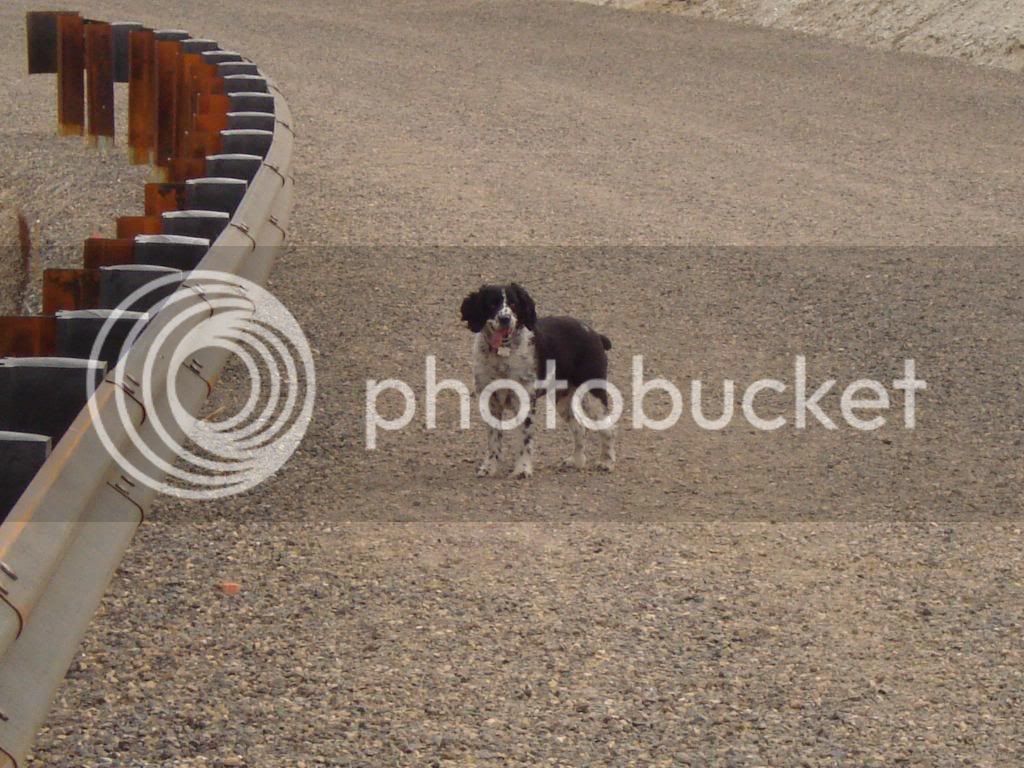 Last edited by a moderator: Oct 19, 2011
"Those who are heartless once cared too much."

bigbaldguy;396808 said:
Fast you have to date! If our race is to survive we'll need your ageless dimpled doogie howser like genes. Procreate damn you!
Click to expand...

Careful... this is a very vicious pit bull.

He will eat you. Seriously.

This is Yolka. She is far more mean than she looks.

The views, opinions, and judgements expressed in this message are solely those of the author and do not reflect the views, policies, or goals of any organization that I am affiliated with.

http://www.youtube.com/watch?NR=1&v=cqjd4-Hixxw
“Some people spend an entire lifetime wondering if they made a difference in the world. But, the Marines don't have that problem.”
― Ronald Reagan
H

NeverSatisfied~NorCal said:
I know these are not my dogs but I thought this video was worth sharing about our furry friends

The two dogs in the road, and watching the one drag his companion to the side of the road was heartbreaking!
Don't outsmart your common sense.

I've seen too many examples of animals helping out other animals to list.

I've had rats that would bring food to sick or disabled cage-mates, or help try to make them comfortable by fixing their nests if they can't do it themselves. I've seen dogs 'guarding' a sick or injured housemate.